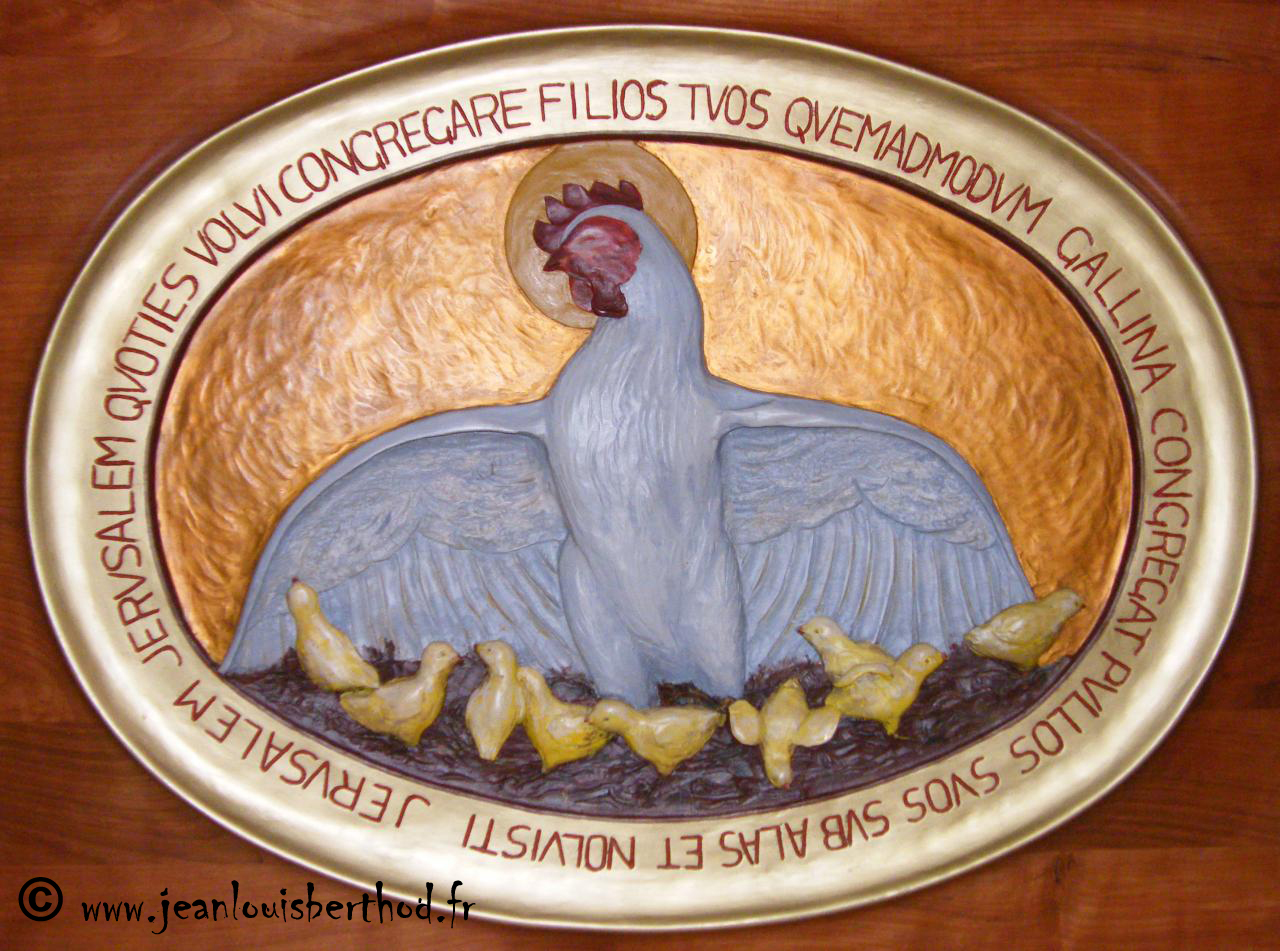 The hamlet of Dressy has a chapel most probably built around 1860.
With the effects of time and in spite of a regular maintenance and attentive care of inhabitants of the village, this building showed wide signs of great age.
Witness of the rural religious heritage of the Albanian (name given to this ‘’region’’), this work required in the 90’s a severe maintenance.
The parish, worried by the conservation of the religious heritage, launched a subscription with the inhabitants of Albens for the saving of the chapels of Ansigny and Dressy.

In 2001, a first phase of work was able to begin for the outside renovation of the building (roof, facades and stained-glass windows). The work of internal renovation began in 2008.
It is an exemplary and quality restoration that insures the sustainability of the work. The blessing of this chapel was celebrated by Father Jaeger, in the presence of mayor Claude Giroud, elected representatives, representatives of the parochial council, companies having participated in the works and population. The former altar being in a state of advanced decay, the city hall of Albens in agreement with the parish and Father Jaeger decides to replace him.
In each of his passages, during the crossing of the village of Dressy, Father Jaeger had noticed the frequent presence of hens by the roadside. Being inspired by this rural scene, he proposed then the copy of a mosaic that we can admire on the front of the altar of the Chapel of "Dominus Flevit" ("The Lord Wept"), on the slopes of the Mount of Olives in Jerusalem. The altar realized in 2002 was installed in June 2012 for the inauguration of the Chapel.

In Dressy, this polychromatic scene, placed in a mandorle decorates the central part of the altar in wild cherry. It illustrates the word of the Christ announcing the destruction of Jerusalem. We can read the sentence in Latin carved on its circumference "Jerusalem, Jerusalem, you who kill the prophets and stone those sent to you, how often I have longed to gather your children together, as a hen gathers her chicks under her wings, and you were not willing" (Extract from Saint Matthew's Gospel chapter 23, verse 37).

The Basilica of Notre-Dame de Fourvière, in Lyon, possesses on the pediment of a door of the Low Church a representation of the hen sculptured in the stone. The guides of the basilica assert and confirm that there are only two representations of this hen in the world (Jerusalem and Fourvière). Therefore, Dressy would possess the third... 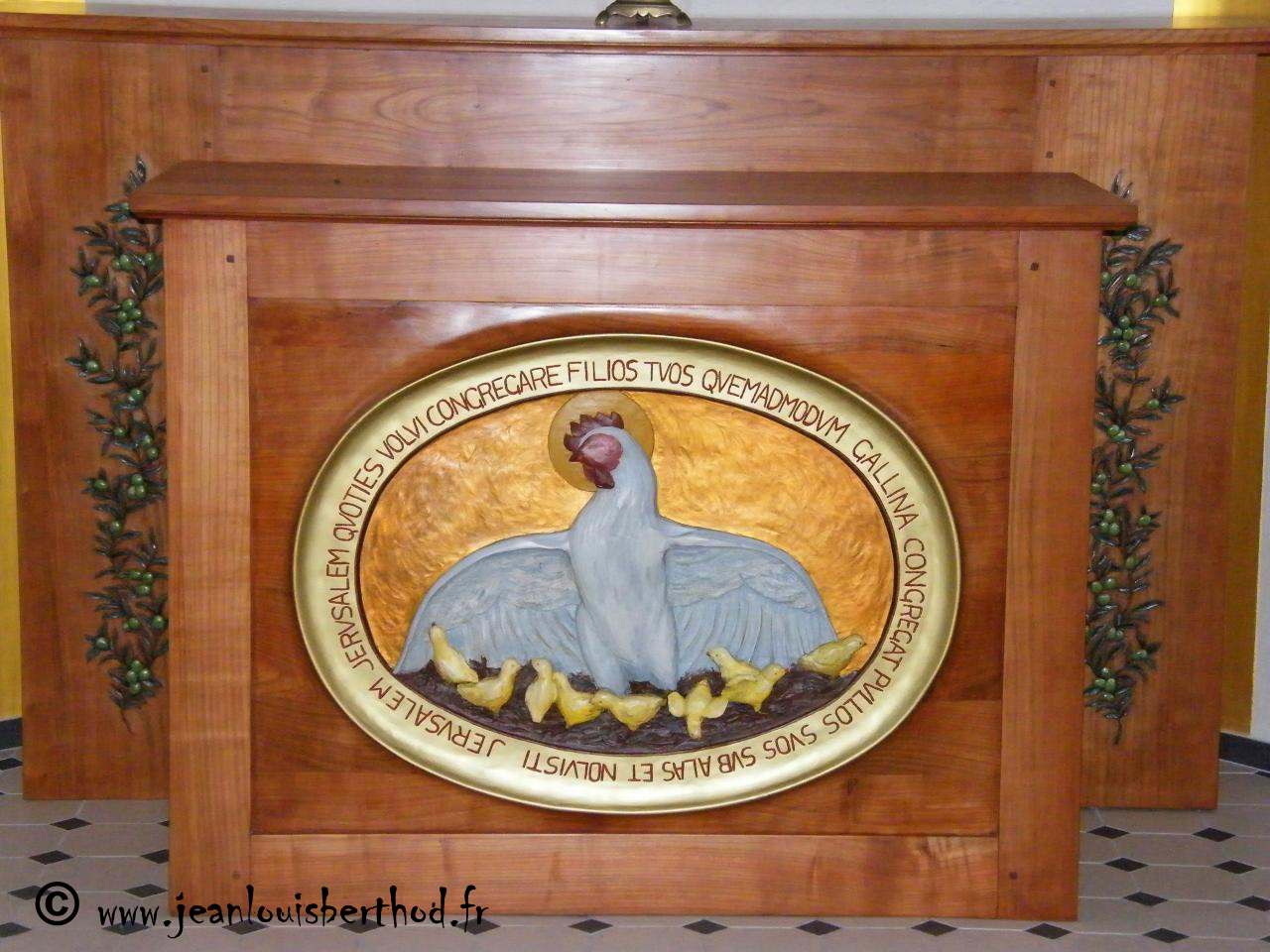