As long as the waters flow under bridges 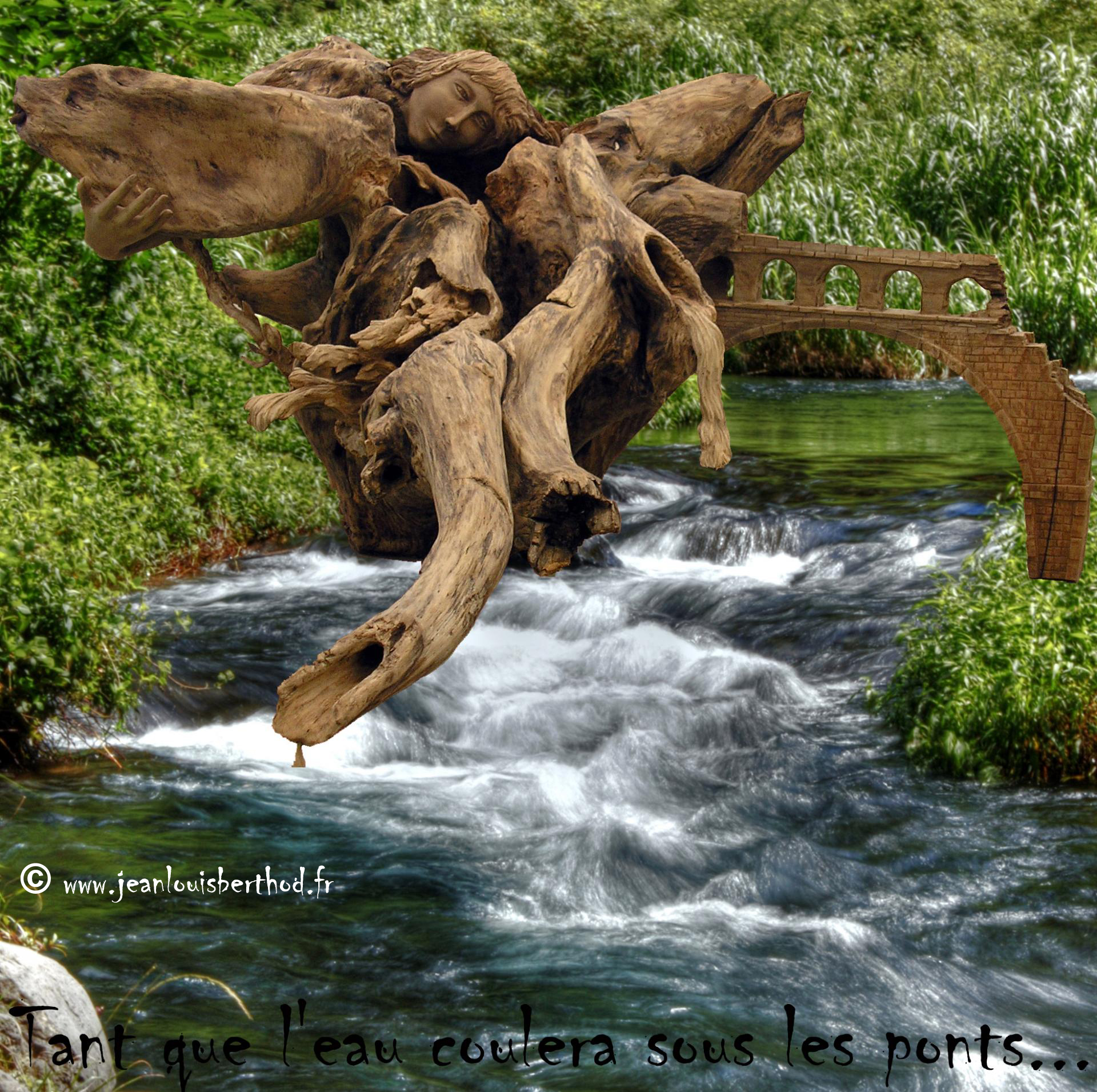 "When a few years ago, I looked at this walnut victim of a gust of wind, its roots raised towards the sky, I did not imagine that one day it would inspire me".

The theme of the water proposed in the 7th International Sculpture Show in La Roche-sur-Foron, although frequently approached and exploited, seems to me to be a source which will motivate and inspire for much longer.

This inverted stump immediately struck me. I clearly saw appearing in the mess of roots the image of a human shoulder extended by an arm. It remained to add to it a face, a hand and to create in the mass a bowl discharging the water in a pond.
Around of this receptacle, the roots symbolize the route of the water in the basement. We see it springing in various places to the longest shaft at the end of which ooze some drops. Representation of our time placed under the sign of the shortage.
On a side, a cave which aspects reminds us the mouth opened of a fish and that lets pass by an underground river falling in waterfall on the trunk.
In contrast: an aqueduct, a vestige of the roman times, soars up creating at the same time an arch under which we can easily imagine a river.