Tribute To Robert Ramel, Artist Sculptor Deceased In 1997
Work Exposed During Four Years in The Albanian Museum in Rumilly (France) 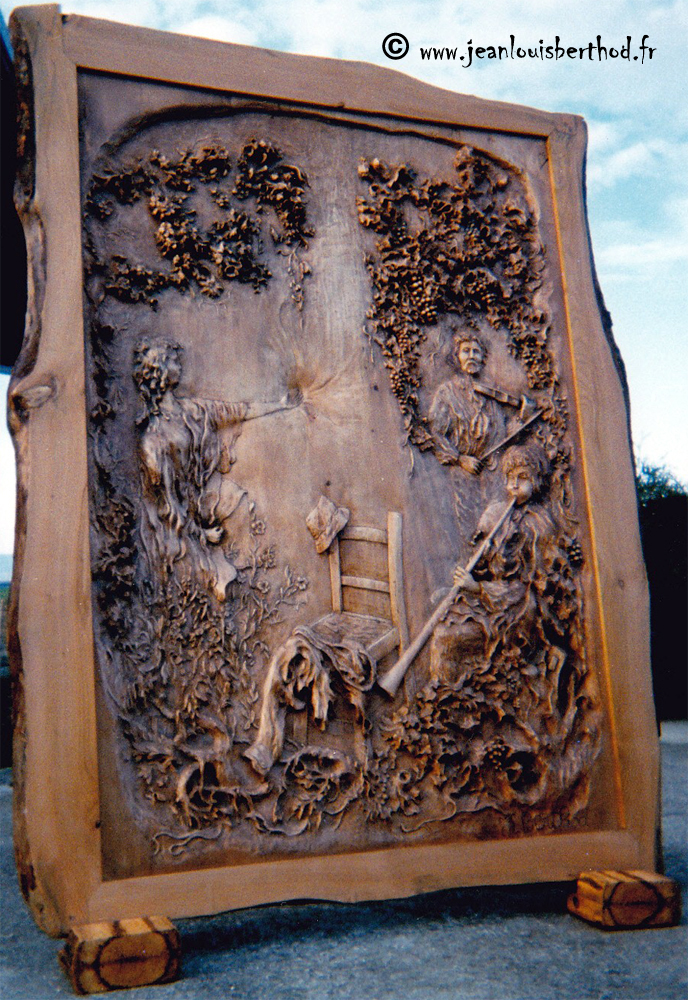 Work realized from the title of a text of the Albanian (name given to inhabitants of Albens, France) poet Bernard Corboz.
The theme of the absence is developed here around the chair, the hat and the clothing remaining completed on the left by the poetess who declaims verses, a parchment in the hand, and on the right, by a violinist in waiting having in front of him a teenager playing the trumpet. So, word, thought and music are deeply connected for a real tribute.

This scene takes place in a set that evokes the sensibilities feminine (rosary of flowers) and masculine (vineyard and bunches of grapes). Both, symbols of life, join on the top by leaving, in the center, a narrow passage, the one inevitable of the death, leading above toward a world in evolution. Moreover, the trumpet, following the example of those of Jericho who destroyed bulwarks, abolishes the barriers which separate two worlds.
Finally, the seated character, dressed in an ample coat, represents the frequent case of the long journey that we make to honor a dead person. His seat, which back is made in the vine stock itself, shows his attachment of the terrestrial goods and the difficulty in leaving them.

On this link, access to a part of Mr Robert Ramel's numerous works.