According To The Song "La Chanson de Prévert"
Of Serge Gainsbourg 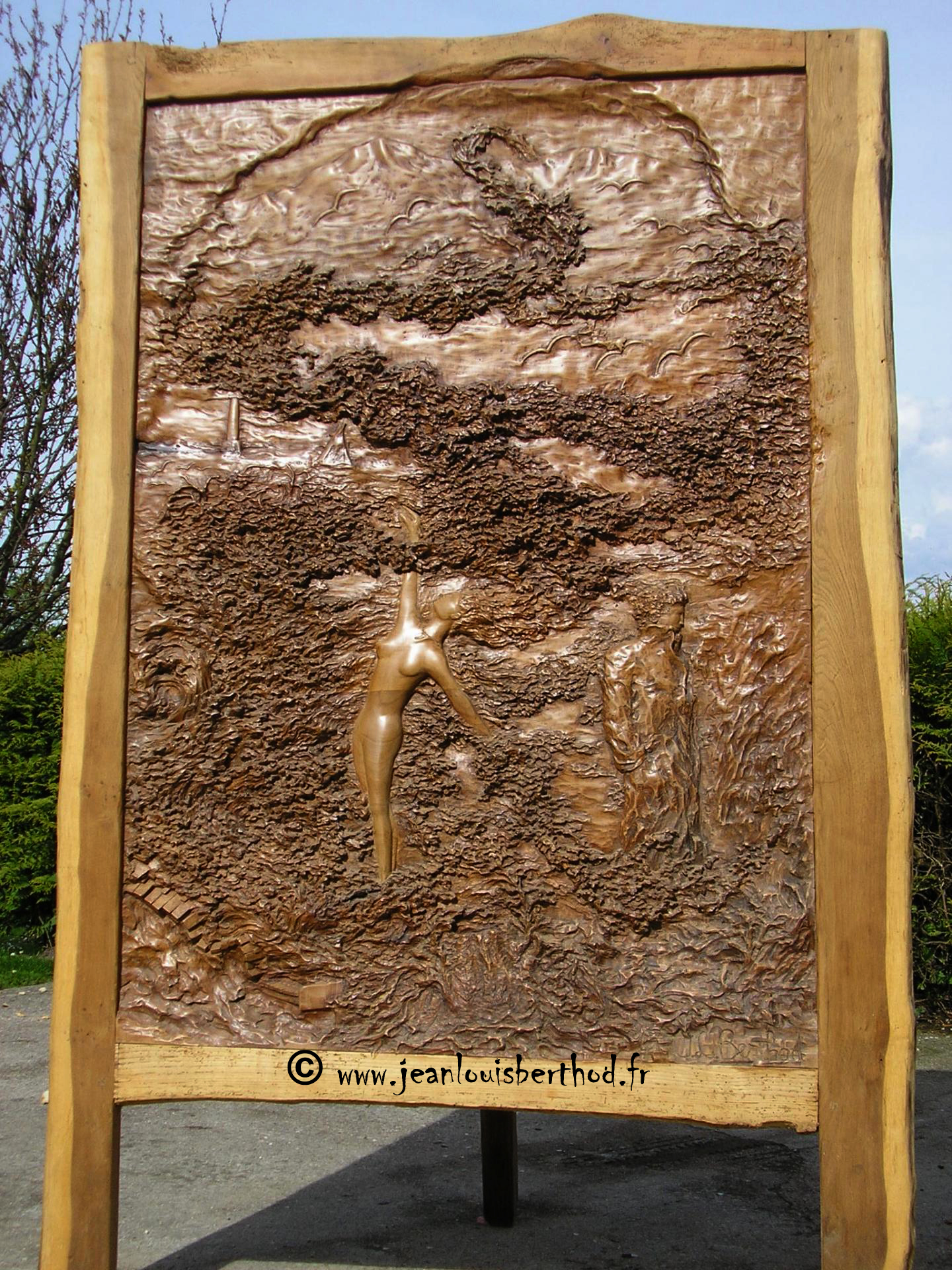 A piano, at the back on the left, suffuses its notes which awake the memory of the man that walks. The woman represents his memory which throws in the space a flight of dead leaves symbolizing the memories. The lighthouse and the boat suggest "the open sea breeze" which amplifies the movement. This bas-relief draws it source as well from the words as from the music of the song "Prévert’s Song" of Serge Gainsbourg.

In November 1997, under the leadership of Bernard Corboz, Albanian (name of inhabitants of Albens, France) poet and of Martine Claret, person in charge of the culture in Albens, an evening "Sculpture and Poetry" in homage to Jacques Prévert had been organized by the commissions of animation and culture of the municipality in presence of artists of the Society of the Poets and the Artists of France (SPAF) and Jocelyne Guaraldo, regional person in charge of said SPAF.