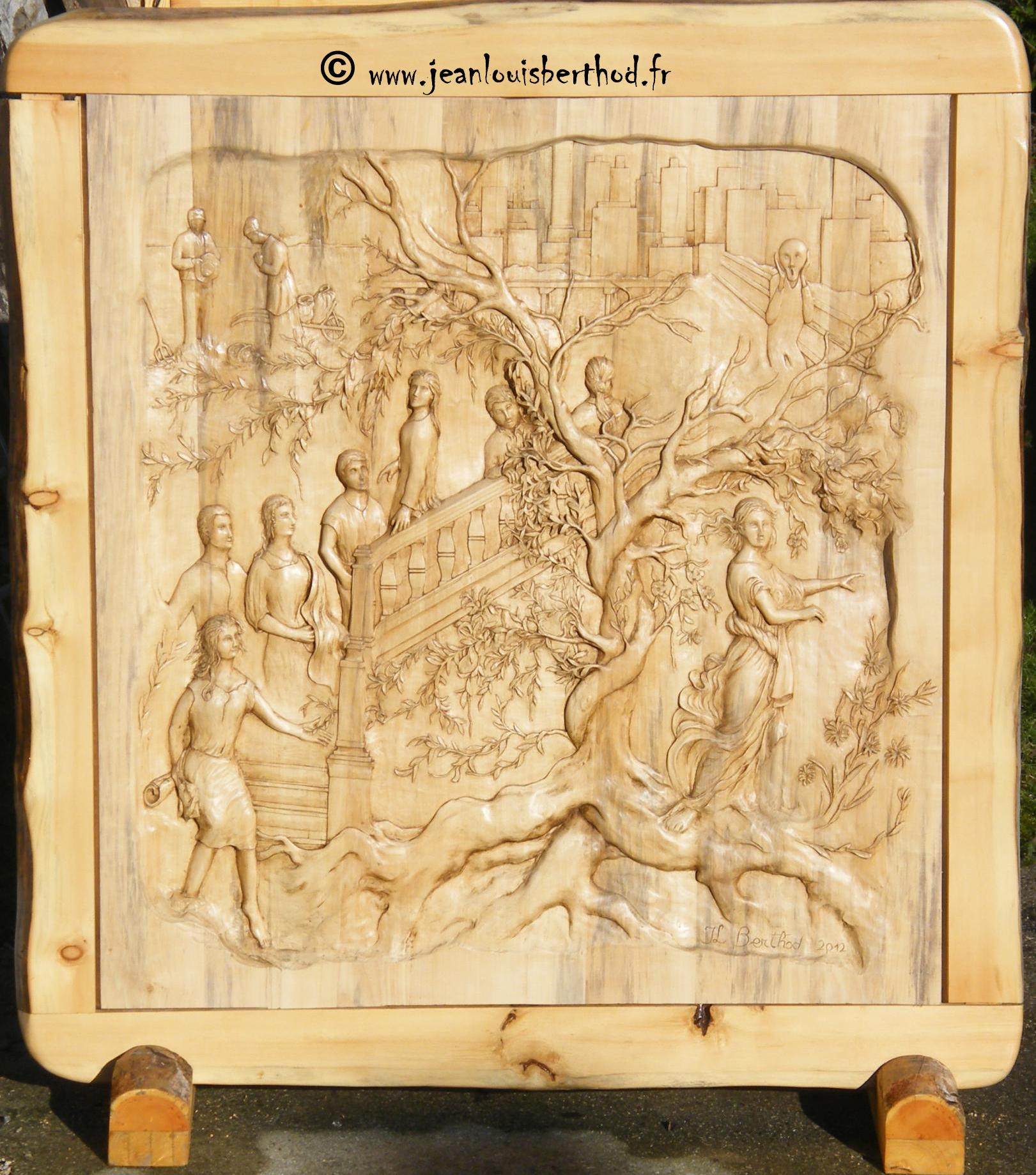 From The Jean-François Millet's "The Angelus" to Edvard Munch's "The Scream", what path? And to go where? This entitled work "Renaissance" opens optimistic perspectives towards new manners to think the future.

Around a group of characters taking the stairs of life, is expressed the instinctive escape of the humanity towards different values. A wink at the formerly farmer’s life when humble people contented themselves with a simple life without feeling miserable, it is "The Angelus" of Millet.
Another look, less bucolic, on the modernity, with a brutal representation of the city of Atlanta, in the background of "The Scream" of Munch.

The “stairs renaissance” detaches itself from roots and branches of a tree to open on a character inspired by Leonardo da Vinci, peaceful guide towards other places, other values. Towards a new way of thinking life. (This character inspired by Leonardo da Vinci would be the illustration of a passage of Canto XXVIII of Dante's purgatory (Divine Comedy). The young woman would be Matelda showing to Dante waters of the Lethe [the river of forgetfulness]. Leonardo would have made it after having seen the work of illustration of Divine Comedy by Botticelli).