Birth of the Third Millennium 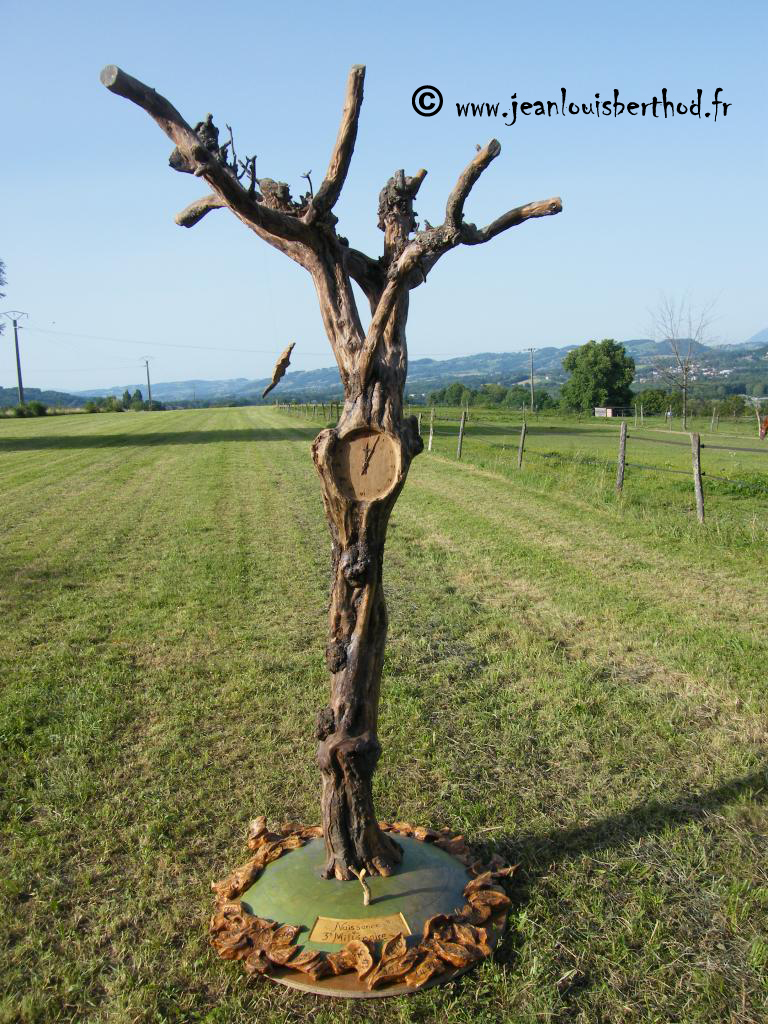 On the occasion of the passage in 21th century, creation of a symbolic representation : "Birth of the Third Millennium".

A dried out pear tree with a modified trunk provided with a central block shaped until the obtaining of a clock.
The base in lime tree represents a hemispherical part of the Earth, some continents and around numerous leaves. The striking years of the millennium, among which that sometimes disputed, of the discovery of Galilee or Copernic...
At midnight, a leaf having the date 2000 falls and makes way for the bud, 2001, which appears on the base.