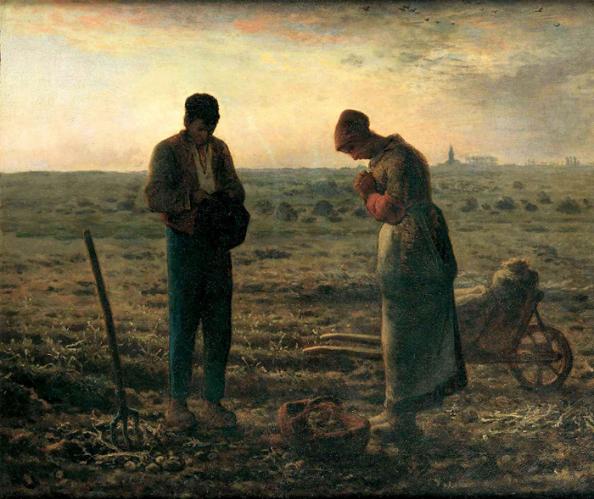 The painting depicts two peasants bowing in a field over a basket of potatoes in Barbizon to say a prayer, the Angelus, that with the ringing of the bell from the church of Chailly-en-Bière on the horizon marks the end of a day's work. The Angelus is a Catholic devotion commemorating the Incarnation. As with many Catholic prayers, the name Angelus is derived from its incipit : "Angelus Domini nuntiavit Mariæ" and is practised by reciting as versicle and response three Biblical verses describing the mystery; alternating with the prayer "Hail Mary!" The Angelus exemplifies a species of prayers called the prayer of the devotee. The devotion was traditionally recited in Roman Catholic churches, convents, and monasteries three times daily: 6:00 am, noon, and 6:00 pm (many churches still follow the devotion, and some practise it at home).

"The Angelus" was reproduced frequently in the 19th and 20th centuries. Salvador Dalí was fascinated by this work, and wrote an analysis of it, “The Tragic Myth of The Angelus of Millet”. Rather than seeing it as a work of spiritual peace, Dalí believed it held messages of repressed sexual aggression. Dalí was also of the opinion that the two figures were praying over their buried child, rather than to the Angelus. Dalí was so insistent on this fact that eventually an X-ray was done of the canvas, confirming his suspicions: the painting contains a painted-over geometric shape strikingly similar to a coffin. However, it is unclear whether Millet changed his mind on the meaning of the painting, or even if the shape actually is a coffin.

In 1865, Jean-François Millet declared: "The idea for "The Angelus" came to me because I remembered that my grandmother, hearing the church bell ringing while we were working in the fields, always made us stop work to say the Angelus prayer for the poor departed". So it was a childhood memory which was behind the painting and not the desire to glorify some religious feeling; besides Millet was not a church-goer. He wanted to catch the immutable rhythms of peasant life in a simple scene.

This painting has been regularly used by numerous artists like Salvador Dalì for example and its representation even became a kind of icon of the popular painting. Find below the Angelus’s version of Jean-Louis Berthod in his bas-relief "Renaissance". 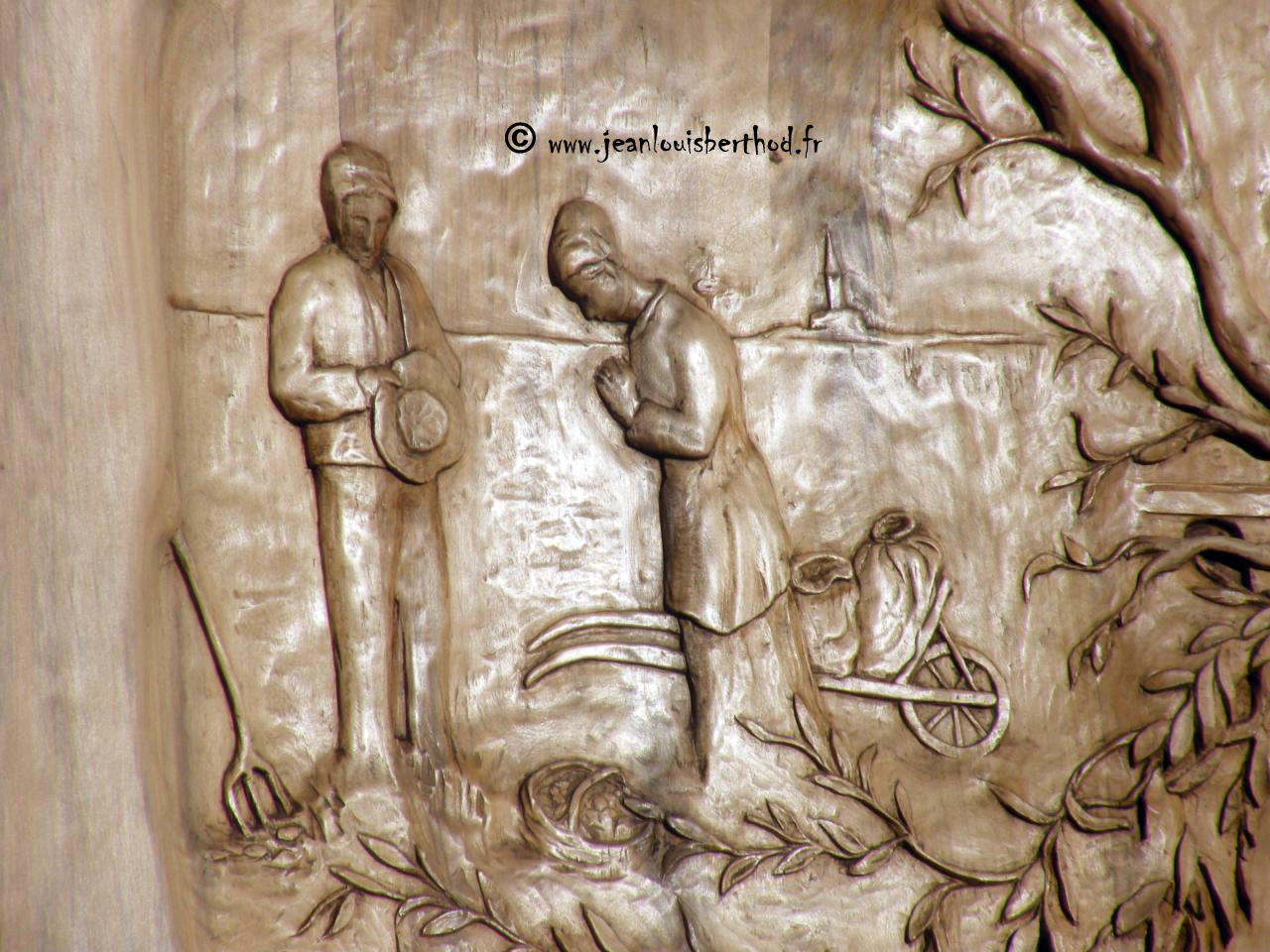