"The Scream" (Norwegian : "Skrik") is the popular name given to each of five versions of a composition, created as bothpaintings and pastels, by the Expressionist artist Edvard Munch (12 December 1863 in Ådalsbruk – 23 January 1944 in Oslo) between 1893 and 1910. "Der Schrei der Natur" ("The Scream of Nature") is the title Munch gave to these works, all of which show a figure with an agonized expression against a landscape with a tumultuous orange sky.

Munch's "The Scream" is an icon of modern art, a Mona Lisa for our time. As Leonardo da Vinci evoked a Renaissance ideal of serenity and self-control, Munch defined how we see our own age wracked with anxiety and uncertainty. His painting of a sexless, twisted, fetal-faced creature, with mouth and eyes open wide in a shriek of horror, re-created a vision that had seized him as he walked one evening in his youth with two friends at sunset.

In his diary in an entry headed, Nice 22 January 1892, Munch described his inspiration for the image : « One evening I was walking along a path, the city was on one side and the fjord below. I felt tired and ill. I stopped and looked out over the fjord—the sun was setting, and the clouds turning blood red. I sensed a scream passing through nature; it seemed to me that I heard the scream. I painted this picture, painted the clouds as actual blood. The color shrieked. This became The Scream ».

The various versions of "The Scream" :
- The first one is from 1893 and is an egg tempera painting on cardboard. 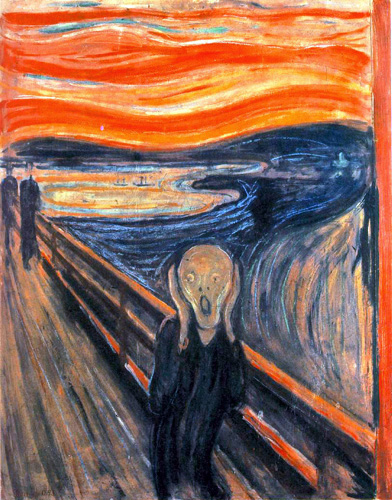 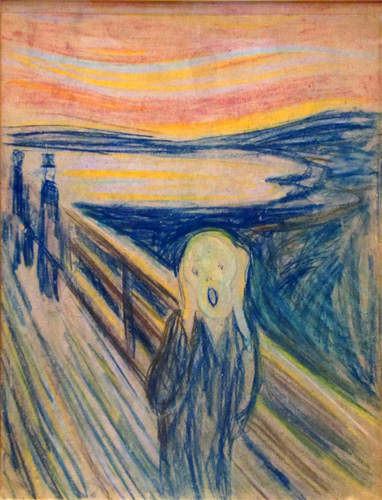 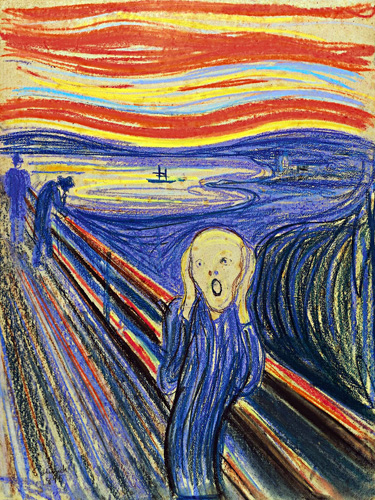 - The fourth version is a lithograph from 1895. 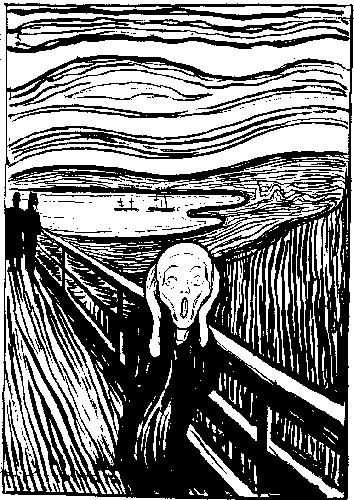 - Finally, the fifth and last version was made in 1910 and is an egg tempera painting. 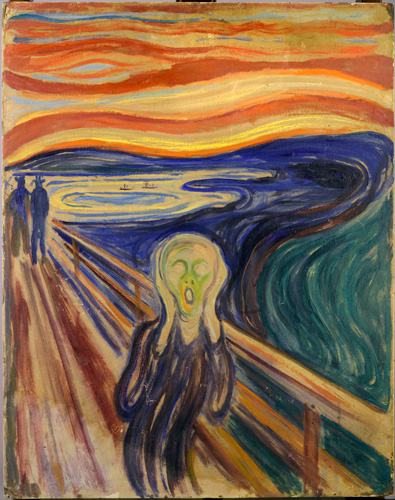 In the late twentieth century, "The Scream" was imitated, parodied, and outright copies have been made following its copyright expiration, which led to it acquiring an iconic status in popular culture. "The Scream" has been used in advertising, in cartoons, such as "The Simpsons", films, and on television. The Ghostface mask worn by the primary antagonists of the "Scream" series of horror movies is based on the painting. See below "the Scream"’s version of Jean-Louis Berthod in his bas-relief "Renaissance". 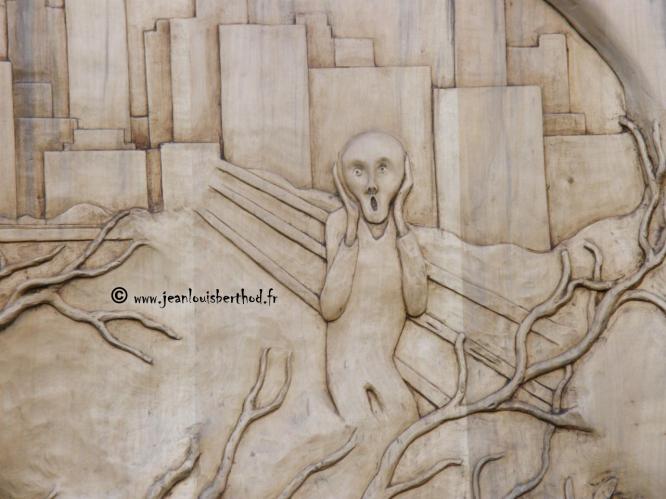