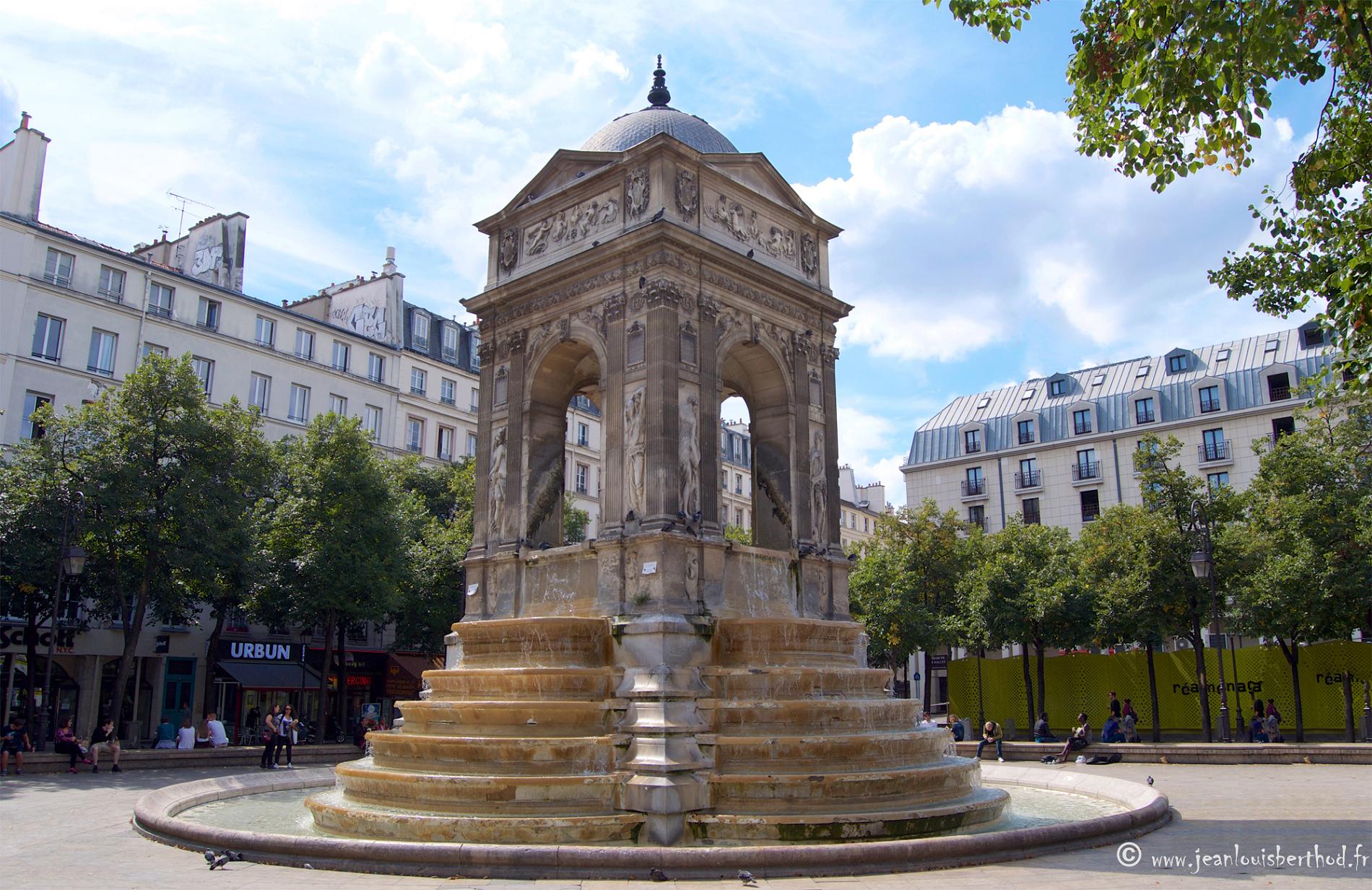 “The Fontaine des Innocents” is a monumental public fountain located on the place Joachim-du-Bellay in the Les Halles, 1st arrondissement of Paris. Originally called the “Fountain of the Nymphs”, it was constructed between 1547 and 1550 by architect Pierre Lescot and Jean Goujon (a French Renaissance sculptor and architect) in the new style of the French Renaissance. It is the oldest monumental fountain in Paris. The fountain was commissioned as part of the decoration of the city to commemorate the solemn royal entry of KingHenry II into Paris in 1549.

Once the procession had passed, the structure became a simple water fountain for the neighborhood, with taps, ornamented with lion heads, permanently trickling water. In 1787, for sanitary reasons, the cemeteries of Paris were moved outside the city walls, and the former cemetery of the Church of the Saints-Innocents, against whose wall the fountain stood, was transformed into a market square, le Marché des Innocents. The fountain was scheduled for destruction. It was saved largely by the efforts of writer Quatremère de Quincy (French archeologist), who wrote a letter to the Journal de Paris urging the preservation of "A masterpiece of French sculpture". The fountain was moved to the middle of a large basin in the market, raised on a stone pedestal decorated with four lions and four basins. The sculptor Augustin Pajou was commissioned to create a fourth façade for the fountain, in the same style as the other three, so that it could be free-standing.

Because of the poor water supply system of Paris, the fountain produced only a small flow of water. Under Napoleon Bonaparte, a new aqueduct was constructed from the River Ourcq, and finally the fountain gushed water, in such abundance that it threatened the sculptural decoration. The smaller bas-reliefs at the base of the fountain were removed in 1810 and placed in the Musée du Louvre in 1824. In 1858, during the Second French Empire of Louis Napoleon, the fountain was again moved, to its present location on a modest pedestal in the middle of the square; and six basins of pouring water, one above the other, were added on each façade. 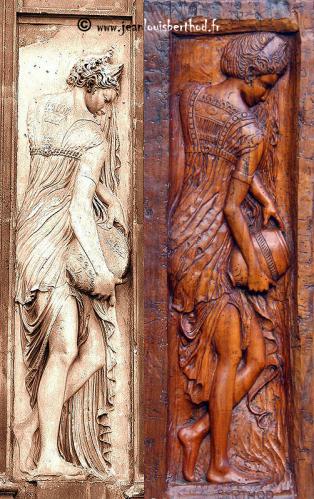